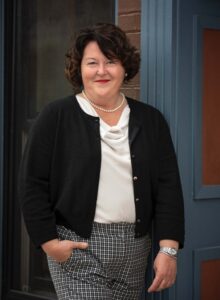 Jennifer Jones Auger is passionate about protecting the rights of people, whether they be injured by someone’s negligence, accused of crimes, or by aggressively protecting their rights in divorce or custody matters.

Jennifer Jones Auger’s family has been providing aggressive, quality legal representation in Johnson County for over fifty years.  Jennifer was born and raised in Franklin, Indiana and grew up working in her father’s, Tom Jones, law office. She graduated from Franklin Community High School 1989 and Indiana University in 1993 with a dual major in Economics and History.  Jennifer attended Emory University College of Law graduating in 1996.

After practicing in Virginia and Georgia for several years, Jennifer came home to Franklin in 1999 and joined her Father’s firm.  Jennifer’s father, Tom Jones, practiced law for over forty years in Franklin and was a leading and trial lawyer dedicated to protecting the rights of people.  Jennifer and her father joined forces for the defense in State of Indiana vs. Judy Kirby, a five week murder trial.  Tom Jones tried his last jury trial with Jennifer where they won a $225,000 verdict against a major department after loss prevention officers from the store chased and tackled their client after accusing her of stealing a tie. 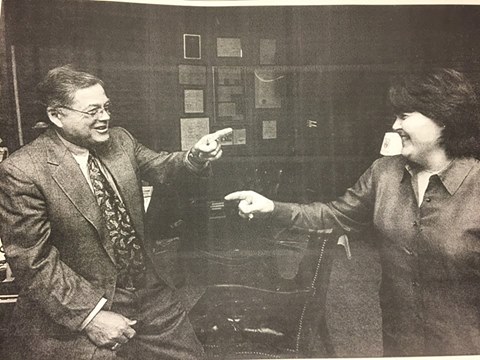 Today Jennifer continues with her Father’s dedication in protecting the rights of people, whether they be injured by someone’s negligence, accused of crimes, or by aggressively protecting their rights in divorce or custody matters.  Jennifer has an active practice, primarily focusing on family law, personal injury and criminal defense.

Jennifer’s cases have been covered in such publications as the Tokyo Times, The Indiana Lawyer and U.S. News and World Report.  She has appeared on CNN and ABC World News Tonight for her legal opinions.  She has taught at the Emory University College of Law’s Trial Techniques program and was recently invited to speak in Indianapolis on jury selection.

Jennifer and her children live in Franklin and are active members of the community.  Jennifer has served on the Board of Directors of Girls, Inc., Franklin Heritage, Peace of Heart and the Jones Family Foundation.  She is also an active member of St. Rose of Lima Catholic Church.

How to Find Us 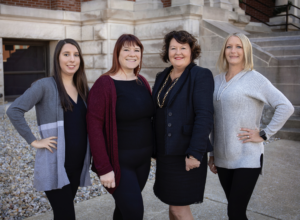